For many of you, that’s no surprise because you know that I have a terrible memory for all things past, but for others of you, you cannot imagine someone having such a poor memory.

But, anyway, I did have many jobs as a young person. First off, I was raised with a variety of simple chores and I received an allowance.

I was a saver. (In fact, I still am a saver.) It brought me great joy to accumulate money in my savings account. When I finished high school, I had built up quite a pot from my many jobs, working as a secretary at my dad’s law office, working summers as a camp counselor, working my way up to a manager at Arby’s. Any and every which way, I loved to earn money.

Maybe you have never really thought about this as it relates to salvation, but when I read Romans 4:4 last week, the words literally jumped off the page and I haven’t been able to stop thinking about it since.

Read Romans 4:4 with me:
“Now to the one who works, his wages are not counted as a gift but as his due.”

Isn’t this how many of us are living?

We are working, doing our good works, expecting to be rewarded with salvation because, well, we’ve earned it. We think we deserve salvation because we have done so many good things. Just as I was working hard to save up money, expecting that future reward, we are doing good deeds, expecting God to let us into His presence because of them.

How about you?
How do you struggle with living by faith?
Have you had some recent victories in your faith walk? 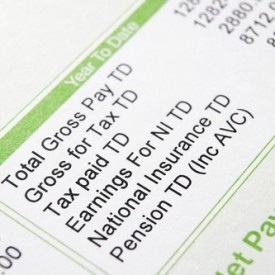