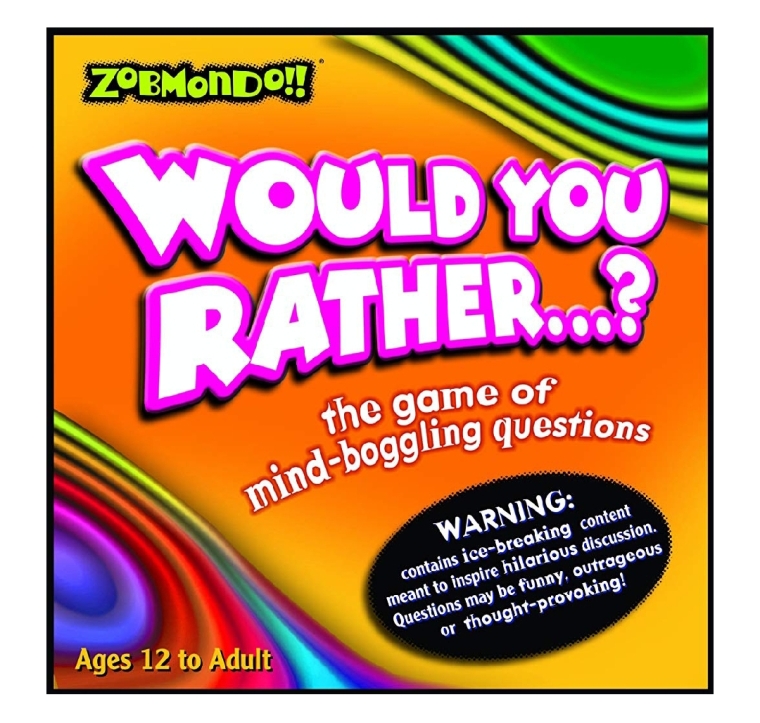 Have you ever played the game called “Would You Rather?” We owned this board game several years ago, but I decided I would rather not own it.

Today while reading Matthew 18, God presented me with several thought-provoking “Would you rather” questions.

Would you rather enter life crippled or lame … or be thrown into eternal fire with both hands and feet?

Would you rather enter life with one eye … or be thrown into the hell of fire with two eyes?

These two questions led me to search the scriptures for other “would you rather” questions.

It is better to hear the rebuke of the wise even if I’d rather hear the song of fools.

It is better to suffer for doing good even if I would rather do evil.

Do I believe Him? Or am I still playing my own game of “Would I Rather?” Maybe I need to quit playing this game of “Would you rather” and start listening to what God says is better.

What “would you rather” questions are you facing today?

What does God say is better?